Last weekend, I drove to Charleston, Oregon, a small town on Coos Bay. I was visiting my friend who is studying marine biology there. The drive was four hours long, and I did it without stopping. 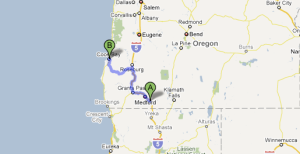 On route 42, I passed through a large-scale plywood processing plant. It was complete with 18-wheelers coming and going, smokestacks, railroad tracks, and a large mysterious area where mist was being produced by sprinklers. 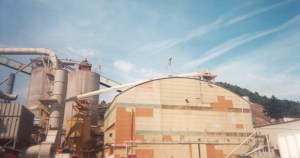 Also on route 42, I drove behind a pickup truck with eight middle-aged, barely-clothed Latina women sitting in the back.

In Charleston, my marine biology friend, Liz, was studying across from a smelly shrimp processing facility. She showed me the experiments she was doing on clams and other mollusks, testing how they responded to light stimuli. The experiment was being conducted in a white basin, which was raised to sink level and had about four inches of seawater in it.

Liz told me about the mollusks of her experiment and the various other life forms in the basin. I picked up a large brown starfish. We also looked at crabs, kelp, sea sponges, slugs and snails.

I kept wondering what these crazy life forms ate. Liz told me that a lot of them, especially the smallest ones, simply feed off detritus. Detritus. I had heard the word before; it certainly had a nice sound to it, but what did it mean?

Detritus is the microscopic organic material that is in seawater, Liz explained.

I liked this word. The fancy sounding Latin suffix. The idea of microscopic richness floating around.

For the next few days, “detritus” became our little catchphrase. I used it when I spilt on my shorts, and kept trying to slip it in whenever Liz would tell me about marine biology.

Before I left Coos Bay, Liz and I went to the beach. We walked out to tide pools and saw urchins, starfish and barnacles. 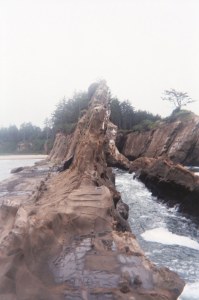 As we walked back along the beach, my thoughts began to associate freely and I found myself thinking about how hard it is to maintain the chemistry of the pool at the camp I worked at last month. Despite good management and a battery of chemicals, algae keeps growing.

I looked out to the waves breaking unevenly, the way they do at Ocean Beach in San Francisco. I was feeling pretty relaxed, being on the beach and all, so I was saying what I was thinking, pretty much unfiltered. 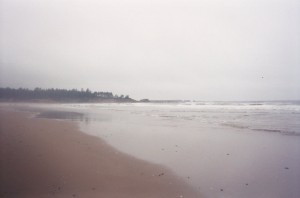 “Life started in the ocean,” I said, “and it’s sort of like someone forgot to chlorinate a pool and then all this crazy, dirty shit started growing.”

As I drove back to Ashland, through forests, past the plywood factory again, and up hills the 18-wheelers were struggling on, I drank guava juice I had bought in a convenience store. The juice wasn’t very good—it probably had too much high fructose corn syrup in it. My mind drifted back to detritus.

I had stuck my finger in a sea anemone earlier that day. I knew you could never touch detritus, it is composed of microscopic particles, but still when I felt the anemone’s waterlogged stickiness, I felt this must be detritus’ texture.

There is definitely something to the word detritus. In the way it sounds sophisticatedly dirty. In what it means: if you leave out water for long enough, just letting it react with the oxygen, and the minerals, and the heat, you get microscopic organisms. When these die, you get detritus and eventually the detritus allows for weird things with slimy membranes that grow and if you waited billions of years you get…us.

I finished my guava juice, speeding down a hill on I-5. I thought back to the beach and the uneven waves and the ocean, the spawning ground of detritus large and small, an unchlorinated pool.